I’ve always followed athletics closely, probably because it’s the only sport for which I’ve ever willingly trained, reaching the dizzy heights of second place in the under 15 400 metres at the 1974 St Albans and District School Sports.

But, like many others, I’ve become increasingly cynical about the capacity of the sport to eliminate doping, so ensuring that all athletes compete on a level playing field, in this respect at least.

I’ve been following carefully the competition at the 15th IAAF World Championships in Beijing, keeping a close eye on the times of the winning athletes and how they compare with the records of the past.

The IAAF defends its anti-doping strategy

Immediately before the Championships, the IAAF published a press release celebrating the latest victory in its struggle against the dopers:

‘Beginning in April 2015, using the latest technology available in the field of anti-doping and taking advantage of the new World Anti-Doping Code’s provision extending from 8 to 10 years the period during which samples can be tested, the IAAF made a second reanalysis of Helsinki 2005 and Osaka 2007 samples. This reanalysis has confirmed a further 28 athletes with 32 adverse findings.’

The offenders have not yet been identified ‘due to the legal process’, although some names have been circulating in the media.

This latest statement follows rather tardily upon a March 2013 announcement  identifying six athletes facing disciplinary procedures following retesting of their samples from Helsinki 2005.

There were several big names, mostly from the past, including:

That is just the tip of the iceberg. The IAAF periodically publishes a list of all athletes suspended for doping. The latest edition is 24 pages long. This alphabetical list of doping cases from Wikipedia is of even more epic proportions.

On this evidence no country is without sin. The vast majority of offenders are banned for two years and are then free to resume their careers. But some on this list have been excoriated, others exonerated and still more forgotten. Such is the court of public opinion.

The IAAF seems not to have a parallel list for the world championships, but the belated redistribution of their gongs is now a regular occurrence and expectations are high that more will follow in the wake of the current investigation. Olympic awards might also be affected.

The IAAF congratulates itself that retesting old samples demonstrates its commitment to tackling the problem. Its latest press release claims that:

This successful re-analysis, which commenced well before the recent criticisms of the IAAF anti-doping programme, confirms once again the extent to which the IAAF is willing to go in order to target and discover those who wish to cheat in our sport…

Ten years may seem like a long time to look backwards, but the IAAF has always strived [sic] to do whatever it can to protect clean athletes. If this means re-testing stored samples from previous events or out-of-competition testing, then the IAAF will do everything it takes to expose those who seek to cheat their fellow competitors…’

Women’s athletics has the bigger problem

Before each event the television screen helpfully flashes up the current world record, the best performance in a world championship and this year’s strongest performance.

I have been particularly struck by how long in the tooth some of those world records are, particularly on the women’s side. Take a look at this list again from Wikipedia.

But on the women’s side, the list is far longer and includes several ‘causes celebres’:

I do not need to cast fresh aspersions on any of these athletes, or even to point readers to existing allegations.

Nor can I seriously expect you to believe that the female athletes of the 1980s were naturally far stronger, fitter, more technically proficient and better-trained than their counterparts today.

But a situation in which almost half of all women’s events still have world records set more than a quarter of a century ago is seriously unhealthy for the reputation of the sport.

It does not help those who believe that women’s events struggle for recognition alongside men’s athletics.

Here is Veronica Campbell-Brown in 2008:

‘Female athletes are at a “disadvantage” to their male counterparts because many of their world records are out of reach, says Veronica Campbell-Brown.

The Jamaican star defended her Olympic 200m title in Beijing in a personal best of 21.74, 0.4 seconds slower than Florence Griffith-Joyner’s 1988 record.

“The men enjoy all the glamour because they’re capable of breaking world records. Women don’t have that luxury.”’.

The gender-bending implications create some awkward territory that we often prefer to skirt around for fear of prurience:

‘We know that doping has a greater effect on women than on men. Victor Conte, the man behind the Balco laboratory, explains. “Steroids can help a female sprinter to lower her 100m time by about four tenths of a second or four metres faster,” he says. “The effects of steroids upon male 100m sprinters are about two tenths of a second or two metres faster.”’ (Guardian, 16 August 2009)

….As distance runner Joan Nesbit Mabe puts it, “a man can only become a faster man. A woman can become a man and get faster. They have a double boost. A woman who becomes more male, she’s basically not a woman.”’ (Slate, 25 August 2011)

It is tempting to explore this further, to discuss the history of women’s athletics in the context of feminism and conceptions of female identity but, to be honest, I do not have the understanding (or the ‘cojones’ to brazen out my ignorance).

More to the point…

Is there a solution?

The spectre of the past continues to loom large, embodied in that clutch of records from a time when doping tests were in their infancy. They cannot be expunged for most of the evidence against the holders is circumstantial at best. Some are no doubt innocent. Several continue to protest their innocence.

Meanwhile, the retesting of old samples will roll forward to 2009 and 2011, exposing more athletes who are newly-retired or coming to the end of their careers. By 2025 those who have been successful this week will be in the firing line.

And still the new cases come along. Already two female Kenyan athletes have accepted provisional bans following tests conducted immediately prior to the Championships. I doubt they will be the last.

But women’s track and field remains bedevilled by its inglorious past. It cannot disown the history accepted by its governing body, which remains powerless to act. Moreover the stronger its clampdown on more recent offenders the starker is the contrast between then and now.

Some might argue that eventually the bad old days will become ancient history, no longer relevant to the contemporary image of the sport. But the longer those records stand, the more damning they become.

The only answer is to nurture clean athletes with the capacity to beat them.

Some progress has been made in recent years – witness for example Genzebe Dibaba’s new 1500 metre record, eradicating a mark set in 1993 by Qu Xunxia, which in turn replaced the 1980 time posted by Tatyana Kazankina.

Sister Tiranesh holds the 5,000 metre record but neither has so far managed to beat the 10,000 metre time of Wang Junxia, which also dates from 1993.

Both Chinese athletes have faced doping allegations of their own. Some did not take kindly to the inclusion of Wang in the IAAF’s own Hall of Fame.

Most progress has been achieved in the endurance races, but it may be a bigger task for today’s athletes to overturn 1980s dominance of the more explosive events. Few untainted competitors have even come close: Schippers’ 200m championship record is still three tenths slower than FloJo’s mark.

All the attention this week has been on the triumph of ‘good’ (Bolt) over ‘evil’ (Gatlin) in the male arena, but that is mostly media hype. Women’s athletics has by far the more serious problem to address. 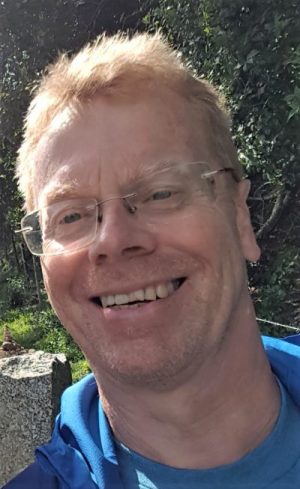